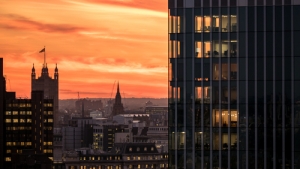 Several recent posts on LibDemVoice have been arguing that the party should operate in a more business-like manner. While this is true up to a point — Matthew Green earlier today wrote about important organisational deficiencies that must be addressed — there is a tendency for business people to assume they can ‘fix’ politics simply by applying what they’ve learned in business — the most egregious example in recent history being Donald Trump.

I’ve lived both sides of this divide, working closely in my professional life with fast-moving technology businesses, while having been a Liberal and then LibDem activist, off and on, since I was a student. So here are some thoughts on the parallels, and some important differences, between politics and business. These thoughts are developed from a comment I posted earlier this week on Humphrey Hawksley’s LibDemVoice piece on mission, message and management.

The parallels shed some interesting light on the ups and downs of the LibDems in recent years, in particular the 2010 general election campaign and the ensuing coalition government.

A political party’s values are analogous to what is called ‘brand’ in business circles. The Liberal Democrat brand — our core values — revolve around respect and tolerance for individuals, coupled with a belief that people achieve more by working together than apart.

Instead, the party should promote policies that reinforce its values — the pupil premium to raise life chances, opposition to Brexit so the country can prioritize fixing public services and the economy, taking a leading role in the EU to reap the benefits of working together internationally, and so on.

A political party’s key messages are like a brand’s advertising. It’s possible to do enormous damage to a brand with a badly judged advertising campaign that emphasizes the wrong values or sets up expectations that can’t be met. Enough said for now.

Finally there’s business model, which is how the party operates. That too must be consistent with and reinforce your values, especially in execution (so for example, if as a business you promise to put the customer first, don’t keep people waiting for ages when they call for help). At a local level as a party, we keep people informed and encourage them to take power for themselves. At a national level, we decide policy by one member one vote, and we abhor leadership coronations even when they seem unavoidable.

There’s a lot more we could do to promote our values through encouraging and supporting the theory and practice of what Bill le Breton has recently called garage politics, ie grassroots campaigning for the modern digital world. But that’s a discussion for another day.

How politics is different

So much for the similarities. Now for two crucial differences.

The first is that the workforce is mostly voluntary — and even where it’s paid, that pay is way below what the same people could expect to earn elsewhere. They are doing this because they are signed up to those core values.

Business people who’ve been involved in charities or other non-profit bodies will know there’s a different cadence to how such organisations operate. People have to be coached and motivated to play their part in the team. You can still achieve discipline and professionalism but it must be adopted by consent, not by edict.

The other difference is in the nature of the product. While a business only has to appeal to the market, a political party can’t pick and choose policies based solely on what’s popular. Its policies must authentically reflect and embody its unique values, because otherwise voters won’t know what it stands for, and supporters who share those values will desert it. This is especially true for a third party that is fighting for mindshare against two larger, more established rivals.

This is the crux of what happened to the Liberal Democrats in the coalition years. Going into coalition, we were not assertive enough of our values — our leadership of the time assumed that competence in government would be rewarded in itself. But they failed to recognize the devastating impact of being too closely identified with policies that directly contradicted our core values.

One further difference is a consequence of the dodgy stitch-up of our first-past-the-post, single-member electoral system. Whereas a business can get established by capturing a small percentage of a market, candidates at a general election only have one go at achieving 40-50% of the vote in any seat to become an MP. Few businesses would risk entering any market facing such odds.

What business must learn from politics

Finally, one interesting twist to the tale. In the era of social media, modern business is suddenly becoming more like politics. Today, businesses have had to start caring about how people perceive their behaviour, because that may indirectly affect how its products sell.

Something called corporate social responsibility has now become a thing, while the ability to defuse a social media controversy is a skill that a modern business leader now has to learn. Thus business people are having to learn political skills.

4 thoughts on “Politics and business – some parallels, crucial differences”