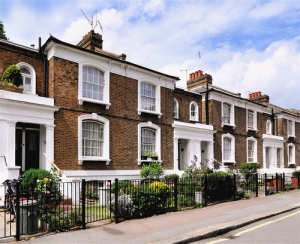 Canvassing for the Liberals (as the party then was) during an East London council by-election in 1983, a Labour supporter told me something that I still remember today. By encouraging council tenants to buy their own homes with the Right-to-Buy legislation, he explained, Margaret Thatcher was undermining working-class solidarity: “They don’t want to come out on strike anymore because now they have to keep up their mortgage payments.”

For all her divisiveness, Thatcher’s most durable impact on British society was that homogenisation of economic interests, as every class bought in (literally) to property ownership. What Thatcher had started with right-to-buy, New Labour’s Tony Blair continued with his everyman pose.

The Blair government deftly picked up the baton and ran on with it. For good measure, it added in a massive expansion of degree-level education. Partially funded by the introduction of student loans, this only served to increase the indebtnedness of those who opted to join in.

None of this seemed to matter at the time. After the collapse of communism, the discrediting of socialism and the end of history, we were all free to become middle class (or ‘classless’, as the zeitgiest had it). Politics was no longer defined by class struggle. Just like the inner-city neighbourhoods they used to inhabit before young professionals had moved in and done them up, now it seemed the working classes themselves were destined for gentrification.

When Labour lost credibility through the Iraq War, what appeared to be the next step of this transition started to play out. The Lib Dems began to take on the mantle of the party of the aspiring, cosmopolitan middle classes. The party was seizing the zeitgeist, ready to supplant Labour as the leading party of rational, progressive politics in this new, classlessly egalitarian age.

This I welcomed as a member of the Liberals and then the Liberal Democrats for now almost 40 years of my adult life. I have never been comfortable with the callous disregard for individual circumstances of the Conservatives, nor with Labour’s insistence on control and ‘fairness’ imposed via state-appointed agencies. Both sides of the traditional left-right divide in politics put the interests of one section of society ahead of others. In contrast, the Liberal Democrats envision a society where everyone is empowered, while tempering individual freedom with community responsibility — a two-way exchange in which the community respects and invests in the individual, who in turn engages and plays their part in the community.

Twenty years on from that early doorstep conversation, I was canvassing for the Liberal Democrats in a by-election in the heart of Labour-dominated Camden in 2003. I looked up and saw a plaque commemorating the site of the house where Karl Marx lived when he wrote Das Kapital and the Communist Manifesto. When we won that by-election and then the 2006 whole-council elections to take power in Camden, I felt there was a special symbolism in winning in a place so totemic in the genesis of Communism. I saw it as an omen that the political leylines had shifted, consigning class-based politics to the dustbin of history.

But there was a massive flaw in this mantra of gentrification, which by then was not only permeating the LibDems but also the ‘champagne socialism’ of New Labour and David Cameron’s temporarily compassionate Conservative Party. It looked like it would work out because it seemed as though everyone wanted to be middle class, and could own their own home and send their children to university.

But things went badly wrong with the advent of the financial collapse in 2008. To be fair, the cracks had already started appearing with the increasing unaffordability of property. But the bursting of the credit-financed bubble finally pierced the illusion of effortless universal participation in this apparently classless dream. There was something rotten at the heart of this long march of the bourgeoisie.

People had been prepared to go along with it so long as everyone got what felt like a fair chance at their share of rising prosperity — or if not that, at least some guarantee that the safety net for those who lost out was being preserved and strengthened, as it had been for the most part under Labour.

But when it all came to a halt, there needed to be a new deal — a new social contract between those in power and those left behind. And of course, no one had thought to design a new offer. The coalition government of 2010 was left like a cartoon character who has run over the edge of a cliff but has no plan except to keep running.

And as the party most associated with the promise that everyone could participate in this classless society, the Liberal Democrats were most tainted when the promise was betrayed. Worse, the party’s leader was the very embodiment of that aspiration — the epitome of the cosmopolitan professional elite, a privately educated high-flyer with a successful lawyer as a spouse. Every time he spoke, he reminded the electorate of the broken illusion that was no longer to be.

In retrospect, the aspiration had always been an impossible chimera. The homogenisation of economic values was a thinly disguised hegemony of the bourgeoisie, to borrow Marxist language for a moment. The emphasis on home ownership only served to enrich those with inherited wealth, while making housing increasingly unaffordable for the rest. The conversion of vocational qualifications into degrees simply increased the cost and debt burden of those courses, while depriving funding from much-needed technical education.

Voices against the zeitgeist

A vocal minority in the Liberal Democrats had warned against the neoliberal leanings of the party’s leadership, but they were lone voices against the zeitgeist. The gentrification of British politics had permeated every party, and the Liberal Democrats were no different from the others in conforming to the received wisdom of the establishment. Even the triumph of Brexit in the referendum on Britain’s EU membership came as a surprise to Britain’s complacent professional classes.

The wipeout of LibDems from 56 to just 8 MPs at the 2015 general election still wasn’t enough to recalibrate the party’s stance. It was only after its vote sank even further in the 2017 general election that the message finally started to get through — though the party was able to celebrate a rise in the number of MPs to 12, including the return to parliament of several former cabinet ministers.

It’s now become  clear that the social contract that New Labour and the subsequent LibDem-Tory coalition offered the British people is no longer viable. In the absence of anything more persuasive, opinion is evenly divided between populist alternatives — the promised lands of Brexit on one hand and of Corbynomics on the other. But neither are persuasive. Everyone privately realises that whichever wins is destined to be just as disappointing as the bankrupted vision of the coalition.

The country needs a credible alternative, one that comes from neither extreme, and which bridges divisions rather than exacerbating them. If things had turned out differently, the Liberal Democrats would be in a powerful position to offer that alternative. But they didn’t, for reasons we’ll discuss further in the next post in this series.

Instead, the party finds itself in a weak position. But still it is only the LibDems, I believe, that can offer a practical, progressive alternative plan for society that can earn the trust of all. Starting from such a reduced base, it is a big hill to climb. But Liberal Democrats can achieve that broad appeal because the party is not beholden to a single interest group within society. Instead we inclusively embrace all of the diverse interests and talents of every segment, and offer a vision for radical change that allows the country to move forward together.

Next in this series of five posts, I’ll dig into more detail of why the Liberal Democrats failed in coalition.

2 thoughts on “The gentrification of British politics (Where next for LibDems? 2/5)”