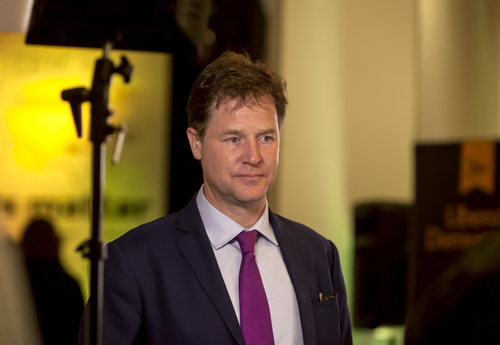 Looking back with the benefit of hindsight, I believe the fundamental error at the heart of Nick Clegg’s leadership when the Liberal Democrats entered coalition in 2010 was that he never aspired to go on to win a LibDem majority. Other things went wrong too. But that failure of ambition on behalf of our party and our values was pivotal in setting us on a course from which we have not yet recovered — and is a crucial flaw to avoid as the party now seeks to move its strategy forward.

In fairness, all of us back in May 2010 were pretty gobsmacked to be on the threshold, for the first time in generations, of seeing at least some LibDem policies put into law as a party of government. And one of those policies was the introduction of proportional representation, which if successful would have put the possibility of our party winning an outright majority even further out of reach than it was already. Therefore it seemed that our primary goal was not so much to show what LibDem government would be like, as to show that coalition government could work, so that proportional representation would appear more palatable to the British electorate. This was an understandable stance, but it was a mistake for it to become the entire strategy.

For that mission, Nick Clegg was the ideal choice. But the very pragmatism that made him so suitable for this role was also the tragic, central (and centrist!) flaw that held him back from seeing coalition as a milestone on the path to a LibDem majority government. His perfectly rational outlook was that coalition was as good as it was ever going to get for the party, so it was his job to show we could excel at it.

Let me pause for a second to emphasise that I’m not going to argue things might have turned out differently, if only someone else had been in charge. I was among those who voted for Nick Clegg as the best choice for the party at the time, and in government under his leadership, despite all the disappointments, LibDems achieved much to be proud of.

I’m of the view that history shapes the destiny of leaders, rather than the other way around. Whoever might have become leader in his stead would probably have made the same misjudgment. In thinking back to the circumstances of the time, I merely seek to make sense of what happened. As a party we have to own our history, learn from our mistakes, and move on from where we find ourselves now.

Clegg’s error of judgment was grounded in his pragmatic realism. He’s the kind of person who just gets on with what’s do-able, and has little patience for grand visions. He wasn’t out to radically change the world, just give it a nudge it in the right direction — and in doing so, make a difference.

The problem was that, without a grand vision that set out the ultimate destination, there was no context in which people could make sense of the Liberal Democrats’ successes and setbacks. We in the party knew all too well which parts of the coalition government’s actions left us grinding our teeth in dismay, and which hard-won triumphs we wanted to joyously celebrate. But how was a typical member of the public supposed to tell which was which?

My belief, in retrospect — and I must emphasise that this never occurred to me at the time, so I have to share responsibility for the failure of imagination — is that an ambition to go on to form a majority Liberal Democrat government would have provided some much-needed context to the decisions LibDems were signing up to and defending in coalition with the Conservatives.

If Nick Clegg had given himself leeway to say, ‘Of course we’ll do things differently when we have a LibDem majority, but in current circumstances, here’s why it makes sense to follow this course of action the government has agreed,’ it would have respected collective responsibility while still making clear which policies the LibDems owned and which policies belonged to the Conservatives. It would also have served as a constant reminder of the parliamentary arithmetic that was forcing LibDems to sign up to things they wouldn’t have agreed to if more of their candidates had been elected.

Why didn’t anyone think of taking this line at the time? There were a number of factors.

One of the most significant constraints that held LibDems back from getting their message across was the doctrine of collective responsibility. In the British political system, once a decision has been agreed by the Cabinet, all ministers are obliged to defend it, no matter their position prior to the decision. The theory is that public disagreement would undermine confidence in the government — even though the idea that any government, even of a single party, is routinely unanimous in its decisions is clearly a fiction (one that becomes ever more evident with each passing day of the current Conservative administration).

It was debatable whether collective responsibility should ever have applied in a coalition scenario. But LibDems felt obliged to adhere to the doctrine. They were eager to disprove the conventional wisdom of the time, which held that coalitions were a uniquely weak and unstable form of government.

The LibDem leadership was also anxious to demonstrate to doubters that they could do ‘grown-up politics’ — an unfortunate phrase that showed how much they’d internalized the establishment narrative of the time, that LibDems were not serious about holding power. After 65 years out of government, and almost a century since holding a majority, LibDems had lost all sense of the entitlement to power that comes naturally to Conservatives and intermittently to Labour.

Those at the top therefore felt they had to prove themselves, encouraged by a mindset that believed that, if only they could show themselves to be competent, voters would surely want to re-elect them. Unfortunately this notion of valence politics is no help if voters cannot discern the values driving a party’s actions, as the forlorn 2015 general election campaign went on to demonstrate.

Finally, there was the economy, which in 2010 was still fragile in the wake of the global financial crash two years prior. Most people saw stability as essential to restore confidence and the LibDems, eager to cast themselves as moderate pragmatists, had no wish to be seen as the ones rocking the boat.

Too bad that the classless dream that the entire political establishment had bought into was no longer sustainable. At the very time that Britain needed a new vision, the coalition was locked into attempting to restore an economic order that simply didn’t stack up any more.

The moderate trap for LibDems

Without a strong vision or roadmap for what a LibDem government would aim to achieve, the Liberal Democrats painted themselves into a corner where the success of the coalition became their primary strategic goal. Once there, the search for steady consensus led the arch pragmatist Nick Clegg to compromise values which at other times he clearly espoused, both prior to entering government and after leaving it.

And yet, as I stated earlier, this is not a personal criticism of Nick Clegg himself. Any leader of the LibDems at that time was destined to make the same misjudgment — and if we don’t recognize and understand the reason why, we risk repeating the same error in the future. Indeed, Vince Cable’s launch in the past few days of a ‘Movement for Moderates’ — without first defining the Liberal Democrat vision the party is asking that movement to rally around — sets the very same traps for the unwary.

This is the tragic flaw of the Liberal Democrats, not merely of any individual leader. Too often we are seen, even by ourselves, as the party of pragmatic hedging between opposing forces, because it’s in our nature to proceed by persuasion and compromise. But it is not our goal to be a moderating influence on someone else’s view of society — we have our own unique vision, which I would sum up as building a world where everyone belongs and is free to be themselves. At a time when moderation itself is under threat, the steps we must take to bring that world into being require a progressive and radical shake-up of the status quo, not more of the same.

But there is one more aspect of the coalition that I must still deal with before moving on to the future. I’ve written 1,500 words here without yet mentioning austerity or tuition fees. I’ll rectify that omission in the next post in this series (which I hope will appear somewhat faster than this third post has taken).

One thought on “Nick Clegg’s centrist flaw (Where next for LibDems? 3/5)”