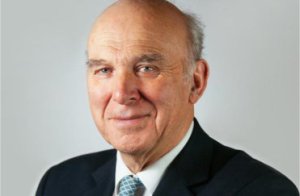 Should Vince Cable be crowned prince of the Liberal Democrats? Now that all other realistic contenders have pulled out of the contest, it seems inevitable. But for such an existential event in the life of a political party, an unopposed coronation is always risky.

I have to confess I find myself in two minds. Whoever finds themselves leader of the Liberal Democrats will be tested to destruction by an adversarial media. Therefore someone with Vince’s experience and self-assurance — not to mention his established standing as a “big beast” of British politics — stands a better chance than most of surviving the ordeal.

But at the same time, any flaws will be ruthlessly exploited. And despite his undoubted talents, Vince also has his flaws. This is causing a fair bit of heartache among some party stalwarts as they contemplate his unchallenged ascendancy.

So while it may seem disloyal to weigh up the pros and cons of our soon-to-be leader, in general it’s better to have your friends do this before your enemies get started. First, let’s weigh up the positives.

Gravitas. Most important is Vince’s undoubted gravitas and standing. As I’ve recently written, if we’re to make substantive progress at the next general election, our leader needs to be someone who the public can perceive as a potential PM. Vince knows his way around the corridors of power. He has 18 years experience as an MP and was a senior Cabinet minister for five years. That pedigree is paired with an uncanny ability to convey authority and inspire confidence.

Outreach. In the current parliament, we also need someone who can reach out and forge alliances across party boundaries, perhaps even persuade others to join a broader centrist alliance with Lib Dems at its core. Vince is known to have useful relationships with people in other parties, particularly in the Labour Party. Of course, if we wish to hasten the timing of the next election, it is defections from the Conservatives that will matter more (we won’t be angling for any from the DUP!). But Vince’s proven ability to command respect across the political spectrum makes him an effective recruiting sergeant.

Grassroots. Some on the more radical wing of the party worry about Vince’s commitment to Liberalism. But the size of his majority at this year’s election is impressive. It demonstrates a skill and prowess as a constituency MP that’s not to be sneezed at. Vince is no grandee. He knows how to do community politics.

Strictly. Finally, his fame as a Strictly Come Dancing star gives Vince the showbusiness flair we last saw in the Lib Dems when Charles Kennedy was leader. That brings an invaluable reach into living rooms and popular media. And he is one of those lucky few politicians in this country that can be identified by their first name alone.

Those are my standout positives — perhaps I’ve missed some that others would highlight — but now let’s turn to the negatives.

Age. Frankly, I don’t think this is an issue at all. Vince is in the same age group as the other two main party leaders, and with his Strictly credentials, he remains the most sprightly of them all. He made the right call not to stand when Menzies Campbell stepped down, but he has since proved he is in no way ‘past it’.

Coalition. While it’s true that all the potential leadership candidates who might have stood were members of the coalition government, Vince is the most senior of them all. It is inevitable that every act of the coalition will be dredged up if Vince becomes leader. But perhaps that can be turned into a positive, if it finally allows us to air what really happened in the coalition — both good and bad — and lay the ghost to rest once and for all …

Tuition fees. … Except that, as the government minister charged with implementing the tuition fees increase — or was it a graduate tax after all? — Vince cannot escape having to explain exactly why this was the option the coalition government decided to pursue, in spite of the campaign pledge that he and every other LibDem MP of the time had made “to vote against any increase.” I know Vince has an argument that he makes on this point, and I fervently hope that he can make it stick. And also that we as a party can adopt a policy going forward that demonstrates our commitment to ensuring everyone has access to the best possible educational opportunity throughout their life.

Team player. Vince has a streak of vanity that sometimes leads him to find ways to excuse himself from responsibility while others carry the can. In essence, he’s not always been a team player. Although failure to conform is often seen as a laudable quality in a Liberal Democrat, it’s not the ideal trait for a leader. Given that Jeremy Corbyn has survived as Labour leader despite a similar fault, perhaps Vince will be able to show similar magnanimity towards dissenters in the Lib Dem ranks. This will be his biggest challenge within the party, just as his coalition record will be his biggest challenge to those outside.

So what’s the verdict? I’m still sore that we’ll miss out on a leadership contest, for no other reason than the opportunity to sign up new members who could then vote in the contest. If we’re to fulfill Ed Davey’s “super-ambition” then we must aspire to double our membership again, from 100,000 to 200,000, and the impetus of a leadership election would provide a welcome start on that next step.

But the fact remains that any candidate must be an MP and therefore that necessarily limits the field. With nominations set to close on July 20th, we can’t even count on a sudden by-election opening up the field to a new contender, as it’s too late now to move the writ in time. I have even wondered whether we should encourage defections from other parties on the pretext that they can then stand as leader so that we can have a contest. (Of course they wouldn’t have a hope in hell of winning, but obviously we’ll only tell them that after they sign up!)

When all is said and done, this decision weighs heavily and it is in the balance. I would still welcome a contest but it makes no sense if it would simply be a sham, and therefore it seems we won’t have one. If that’s the case, then at the very least the leader and his deputy and/or other senior MPs must have a series of member meetings around the country to lay to rest those niggling negatives and set out their vision for the party’s future. A coronation can only be authentic with popular assent.

One thought on “To Vince or not to Vince? That is the question”