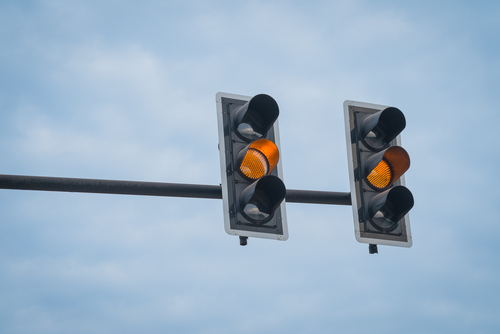 The unexpected outcome of the election is exposing a dark secret that’s always lurked at the heart of British politics. Our two main parties, Labour and Conservatives, are each fragile coalitions of competing sects, riven by internal dissent. Their hidden internal contradictions and tensions are now bursting open under the pressure of the GE2017 election result.

For the past two elections, the Conservative party has wheeled out its ‘coalition of chaos’ line against its opponents. Yet its own internal schisms over Europe have created more chaos for this country than any progressive coalition could have wrought. To placate its Eurosceptic wing, David Cameron called a referendum that he went on to lose. Less than a year later, Theresa May called a general election because her majority was too slender for her to ward off the demands of those same Eurosceptics.

The result this weekend is a proposed coalition of ignominy with the DUP. This prospect is already fomenting rebellion among liberal Conservatives, who quite rightly cannot stomach the DUP’s extreme positions on social policy — and that’s without even considering the devastating impact of this proposed alliance on Northern Ireland politics. I’m frankly dubious that this politically unnatural marriage of convenience will even last long enough to be put before Parliament when it reconvenes on Monday week. Even then it may well fail to win majority backing.

But imagine for a moment that Theresa May’s government falls, and the Queen invites Jeremy Corbyn to the Palace to form a government. While the parliamentary Labour party is currently pleased as punch with its unexpectedly strong showing in opposition to a fatally weakened Conservative government, its internal tensions will be stretched to breaking point if it finds itself taking over the mantle of government.

Remember that, in the last parliament, Labour MPs passed a motion of no confidence in Jeremy Corbyn by a margin of 4:1. While his assured election performance has changed perceptions, the fundamental reasons for those doubts persist. For sure, many Labour MPs will happily swallow their pride for the sake of a ministerial post, but it won’t change what they think privately.

Remember too that Corbyn is surrounded by a hardline cabal of left-wingers, many of whom take a far less collegiate approach to leadership than Corbyn himself. With a preference for campaigning, Corbyn will leave much of the practical execution to his inner circle. They will have few qualms about settling scores with less revolutionary colleagues.

The mould has crack’d

Over the coming weeks and months, these internal tensions and contradictions in both major parties will be tested to destruction, and it will not be a pretty sight. The mould of British politics hasn’t broken yet, but the gaping cracks are already visible if you know where to look.

So is there a way to seize these fractures in the established order and forge a realignment of British politics? This is the most propitious moment to do so. If not now, then it probably isn’t going to happen.

Prior to the election, I and many other LibDems cited an Economist editorial calling for a coalition of centrists in the wake of GE2017. It pointed out how both major parties were in danger of splitting, although it fell short of recommending their departing members to sign up as Liberal Democrats:

Many moderate Conservative and Labour MPs could join a new liberal centre party — just as parts of the left and right have recently in France. So consider a vote for the Lib Dems as a downpayment for the future. Our hope is that they become one element of a party of the radical centre, essential for a thriving, prosperous Britain.

As I wrote at the time, I have serious reservations about the kind of centrist party that the editors of The Economist appear to have in mind. But the notion of the LibDems as the linchpin — rather than an element — of a broader party of the radical centre is not so far-fetched as it might have seemed prior to the election.

As a party, LibDems must be ready to find common cause with social democrats from the Labour party and with socially liberal and Europe-friendly Conservatives — not only welcoming them into our ranks but also willing to work with them as independent voices. We can find common cause on many points of policy and outlook.

But this must not be a stale rehash of the Third Way once favoured by Tony Blair. The Liberal Democrats will not be part of an out-of-touch technocratic elite that seeks to impose yet another top-down framework on society. The unique strength LibDems bring is a willingness to listen to and respect all views. Bill Le Breton’s LibDemVoice article this morning on Finding our way again is a timely reminder of old Liberal Party’s philosophy of community politics:

Every policy that the Party had in say 1992 or 1997 could be evaluated against whether it helped people realise their full potential or helped them resist their power being misappropriated by the powerful. The ‘state’ was seen as friend and foe. The idea was that a Liberal State would be more friend than foe, more a force for helping people create the conditions to freely exploit their life chances and realize their innate potential.

This is not only a cornerstone of modern Liberalism but uniquely modern in the context of today’s highly connected, digitally empowered society, as I wrote on this blog two weeks ago:

in the 21st century, all forms of top-down, central control are failing … We need political leaders with the courage to devolve power to communities, who will stand up to corporate giants for the rights of individual consumers, workers and entrepreneurs, and who will ensure that no one is denied the opportunity to participate in society to their fullest potential.

Many will wonder whether it’s conceivable that a party with just 12 MPs and less than 8% in the popular vote can be the fulcrum of a realignment of British politics. But if the past year has taught us nothing else, it should have shown us that in these extraordinary times even the unthinkable quickly becomes accepted as normal. LibDems must take the lead in forging a new third way of politics that will finally explode the broken contradictions of the incumbent system.